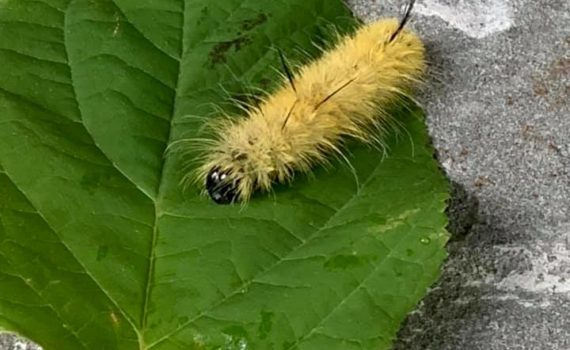 Ok. So jokes on me. Yesterday I was outside fretting about a caterpillar 🐛 lying helplessly vulnerable on the cold barren concrete step. It’s common knowledge by now that I’m a hopeless romantic when it comes to Mother Nature and all her little creatures.

My 1st attempt at “rescuing” her from potential predators was to carefully place her in a flower pot while balancing her furry little body on a thin slab of stone. This, however, was not very successful as you can see by her hasty escape. But still being fully committed to the rescue at this point and time, I then plopped her down below the towering concrete steps into a voluptuous array of flowering plants. That was it, my job was done. I was a hero 🤔

Within 24 hours this is who showed up right back on the front step. Now how the heck did she get back up there. That had to be quite the trek for her short stubby little legs.

My goodness, what resilience and determination in one scruffy little caterpillar.

So after several minutes of deep and at times heated consultations “we” finally agreed on a compromise. She could stay on the concrete steps but she had to accept some form of leafy camouflage – which involved a much juicier hibiscus leaf.

Sitting peacefully on my front porch with my new found friend, I figured out why the little bugger wasn’t fearful of being gobbled up at all with the help of Mr. Google. It seems the birdies and other critters in the neighborhood were well aware that my bright little yellow needle sticking out caterpillar was no other than a poisonous (only mildly I think 🤔) Acronicta Americana – American Dagger Moth.

Yup. Jokes on me 🦋 I do not think that Cati P was scared at all. (I had to give her a stage name for her international online debut)

And now she is officially verified and there’s even talk of getting her an agent. 🤔

But it’s like I said…it’s the little things that can make your day. You just have to keep your eyes and your heart open. 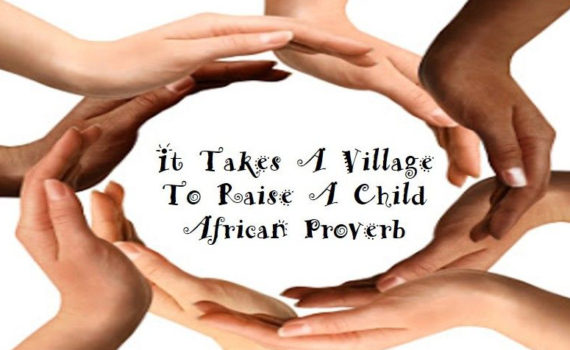 I’m pissed off and I’m angry. We all should be angry. Why aren’t we? Just take a look at today’s news headlines – see where the final chapter of a precious little girl’s life is finally laid to rest, stacked up against the other headline stories. It seems there is more of a kerfuffle over things such as – “Trump’s idea of buying Greenland” or “Harry and Meghan branded hypocrites for using private jets.”

Really? This is what is monopolizing headlines today?

I have never been a mom. But I have so much deep respect for all women who give everything that they’ve got to be the best possible mom they can be. I have heard countless stories of mothers working multiple jobs, raising children primarily on their own – and still never even consider giving up. I envy and admire their resilience and strength and I stand in awe of their courage and unfaltering love.

I have read that it “takes a village to raise a child” – but what happens when the village cannot – or chooses not to. What happens to those children then?

I will admit – I don’t have all the answers. In fact, I think I have more questions than answers. But maybe, just maybe if enough of us, keep asking more and more questions – than perhaps we can finally find answers that mean something other than a headline that triggers a million likes or whether or not Harry and Meghan are using a private jet – and who cares if they are. If I had access to one I would probably use it too.

As a child, I was one of many who was put into a very flawed and broken foster care system in the ’60s and ’70s on the east coast of Canada, St. John’s Newfoundland. Over the years I have heard random indications of “oh it’s because of the times, etc.,” which totally pisses me off. That’s like saying assaults against women and children is more acceptable “based on the times” – and THAT pisses me off even more.

I was one of five children
and the only little girl.
I had thought that would
make me special
– but it didn’t.

When I started writing my Memoirs, The Match Still Burns – it began as a journey of healing and trying to find answers. I just wanted to try and put back together all the broken pieces that kept popping up as I grew older. As I got deeper and deeper into my writing it became so much more. As a young child growing up in an abusive and neglected environment – I never felt I had a voice. But I do have one now. And even though I could not speak up for myself then – perhaps I can find a healing space and a place of courage in speaking up for other children.

There were so many of us left unattended and forgotten. We were the lost kids. And from what I heard – it paid well too. It had all the remnants of an easy and profitable cash and grab. Get the kid, grab the money and with little or no quality checks or operational monitoring. I’m sure there were people signing up in droves.

And it was not “because of the times” but because of the individuals and organizations that failed in their tasks and responsibilities to look after the vulnerable children that came into their care – and a responsibility that should always be held to the strictest and highest standards of accountability – but it is not. Or we would not be still telling these stories time and time again.

Where is our anger? This isn’t something that should be buried in one report after another that touts of all the amazing things that can be done and should be done. This is a call to action.

And still the stories come – day after day. One more horrifying than the next. When will it be enough and why hasn’t it already been seen as such?

Last week through many of my off the wall chats and conversations I heard someone casually make mention that “oh that was back then” – as if it was most likely just because of those times. Does anyone really believe this?

Which brings me to an article that I discovered on my newsfeed today, August 19, 2019.

“Oakville woman who allowed 9-year-old daughter to starve to death sentenced to time served (The Star) – you can read the full article here – https://www.thestar.com/news/crime/2019/08/17/oakville-woman-who-allowed-9-year-old-daughter-to-starve-to-death-sentenced-to-time-served.html

I can’t begin to say how many types of wrong and who to blame is peppered throughout this article. I wouldn’t know who to shout at first. The tremendous sadness of it all just sucker-punched me right in the chest. Hours later and I’m still trying to process it. How could this happen?

Then I came across another section in this heartbreaking story:

“Baldwin had strong words in her decision for the Children’s Aid Society, pointing out that the organization was supposed to see Kaylie at least every 30 days, but at the time of her death they had not been to her home in three months.

“These canceled visits should have been alert signs that all was not going well with Meredith and Kaylie. On two occasions, Meredith canceled, reporting that Kaylie was sick. What more information could the children’s aid have possibly needed to take action in this obvious crisis?”

Baldwin said the children’s aid had a responsibility to see Kaylie and had the authority to take her to a hospital for medical care if required.

“They failed to act upon their mandate in this tragic case,” said Baldwin.”

This tragic incident occurred in 2017 and was brought to trial in 2019.

From my own personal story, the first holding home that I was placed in was with foster parents James and Mary Dinn of Mount Pearl, Newfoundland. Go ahead – do a Google search – if you don’t know what you’re looking for, you will have a pretty hard time finding out anything about them. They too are buried down in one of those infamous “what we are going to do now” type of reports.

But perhaps these next few images will give you some insight.

So ask yourself this question – how can a foster home go from being “an excellent home & all children placed here improve greatly” – to being closely supervised and then closed – all within a one to two-year timeframe?

As you can see in this newspaper excerpt below – where there is smoke – there is definitely fire.

And remember to keep in mind – this woman had 46 children in her care before they decided to close her down.

When I sought further information from my so-called legal guardians under the Freedom of Information Act – I received numerous documents that had me wondering if they actually took the time to read what they were sending me.

But the one section that stood out the most that had me shaking my head in complete and utter disbelief and boldly typed on their official agency letterhead was a section that read:

“Records indicate that you did eventually become a ward of the province. Where, When and under what circumstances is unknown.

Why you were placed here before eventually being placed with the Nolan’s of Torbay is unknown.”

Unknown? I can honestly say that I have no response to that – even now, years after reading that two-page letter that summed up my life in five tiny bullet points. How can you not know how you took legal guardianship of a young child?

My story began on August 8, 1967. And the sad thing is – even as a young child of six, I do remember how I ended up in that wicked woman’s house – I guess Children’s Services forgot to update their files.

So excuse my skepticism, if when asked if I believe that things like this still exist today, I will reply without hesitation and with a profound sadness – yes, most definitely I believe they do.


I am very much looking forward to taking in this Creative Conference from May 4th to May 6th, 2018. 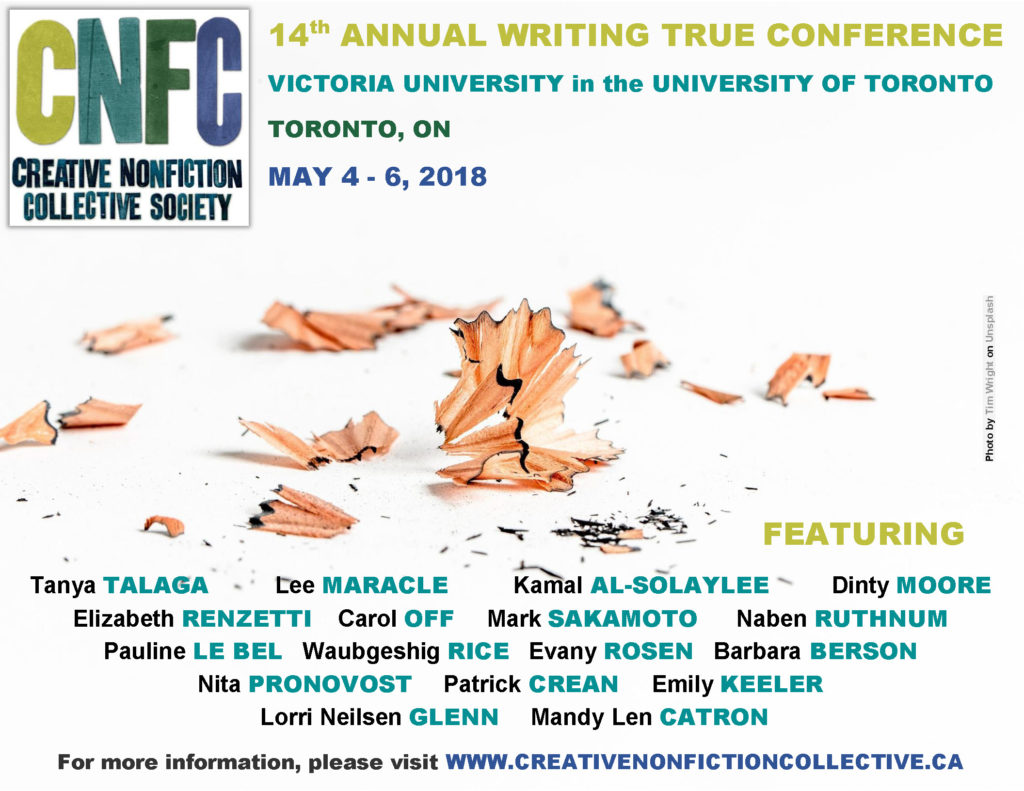 review along with further details about their 14th Annual Conference.

I will definitely be posting more updates and pictures after I attend.